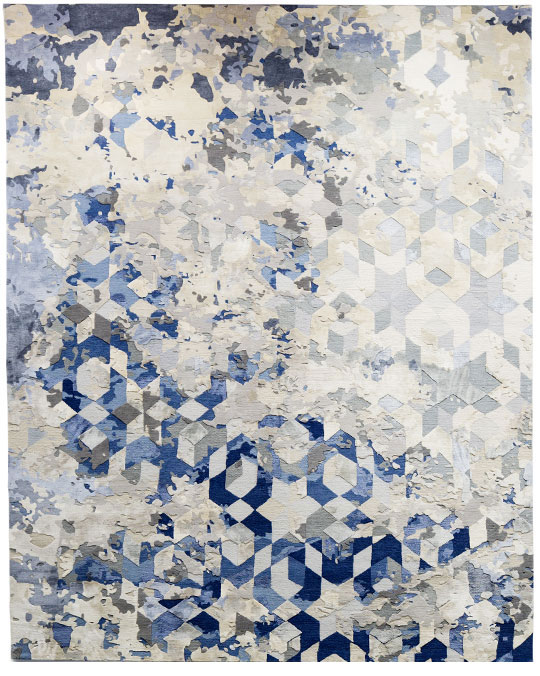 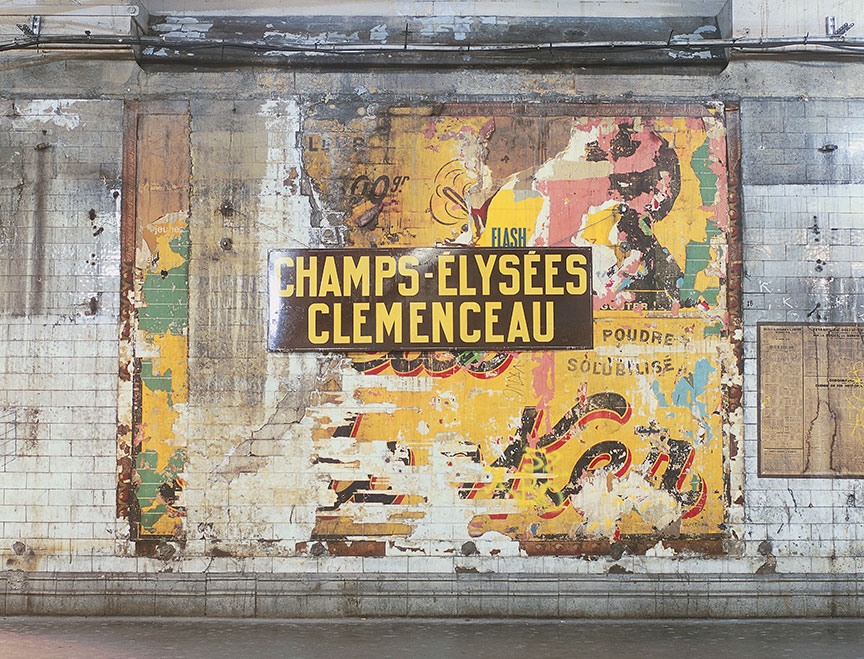 Deep below the Rue de Champs Elysees, Paris’ most famous street, lies the hidden mysteries of the Champs Elysees-Clemenceau Metro Station. Like most metro stations, the reaching walls have been covered over, year after year, with posters and advertisements telling the story of Paris and people. After decades of deterioration, the station has become a treasure trove of fading colors and remarkable typography. As the walls ruin, layers upon layers of history reveal vivid traces of worn advertisements, old transit schedules, maps, and colorful posters. These images of abandoned wall art were used to assimilate a creative approach to our TORN DESIGN.

Rather than hiding history, the artistic interpretation of the Torn design serves to bring these mysterious and beautiful treasures back to life. The vibrant colors of the metro station walls have been interpreted and preserved in the design using an array of 27 individual wool and silk yarns. To further capture this unique unveiling, the design is constructed using 150 individual tied knots per square inch, which also serves to provide lasting quality and added definition to the design’s detailed characteristics. The careful selection of various loop and cut pile heights along with a special distressing technique, gives depth and dimension to the rug, as well as create an even greater interest.

Similarly, precise carving and clipping by masters of the trade accentuates and captures the intricacies of the design to bring the soul of Paris’ past back to life. Through this process, exquisite textures emerge, paying homage to the tattered layers of iconic design found along the walls of the Champs Elysees-Clemenceau Metro Station. Hidden treasures can be found in the most unexpected places, even in the mysterious underground that is the Paris metro system.