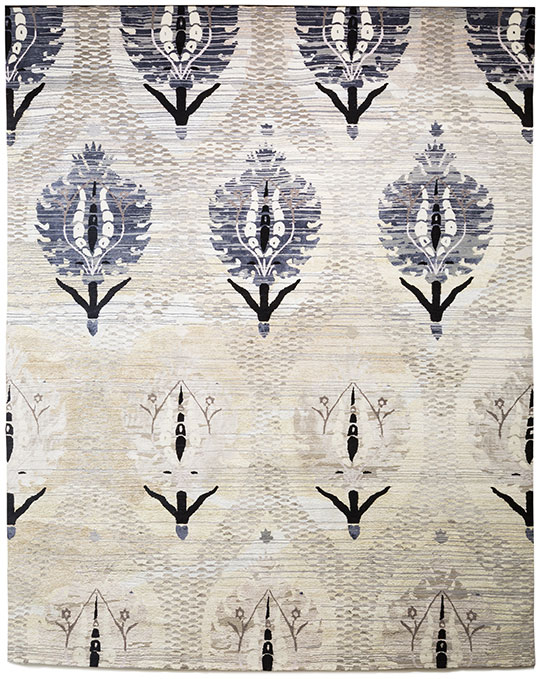 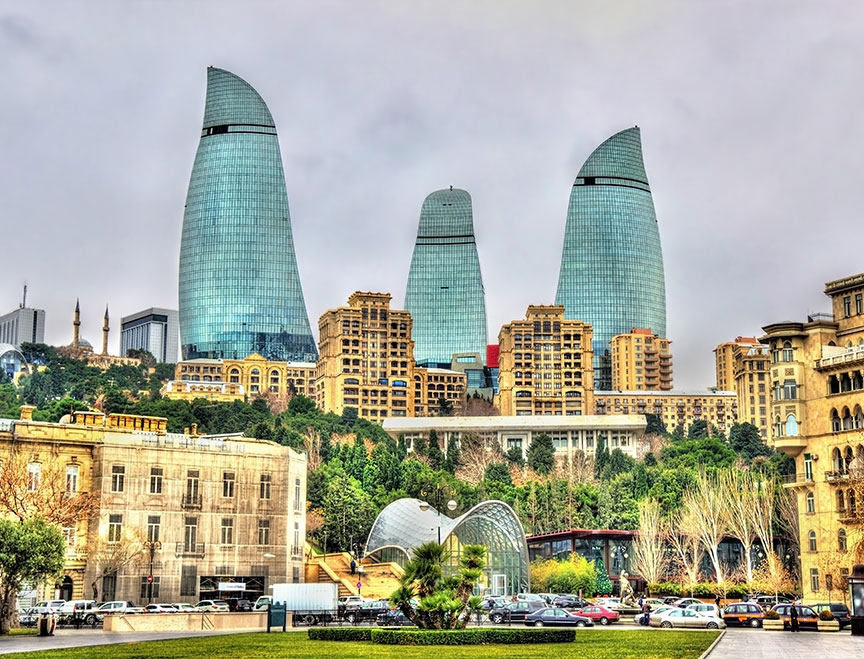 Nestled along the shores of the Caspian Sea, at the intersection of Europe and Asia, lies the splendor of Baku. As the capital city of Azerbaijan, Baku is a wonder of old and new. The city is alive with the sights, sounds, and color of culture and industry.  From its fortress-walled inner city, dating back to the 12th century, to its iconic, modern marvel known as the Flame Towers, Baku is a masterpiece of beauty and technology.

It’s this mix of old world beauty and new world innovation that inspired our BAKU DESIGN.  The design takes its influence from the ornate and intricate architectural features found in the old city of Baku, while the blossoming florets signify the continuous and rapid growth of its Metropolitan area.

The combination of 21 individual colors of wool, silk and hemp yarns, in a one pile height, showcase an ancient city skyline now lit with new marvels of architecture. The distinct vintage technique gives the design an antique impression with a modern appearance.  The BAKU RUG is hand knotted using 150 knots per square inch to capture design details that allow the art piece to stay true to the past and present of Baku as it moves between its ancient influences and new modernity.